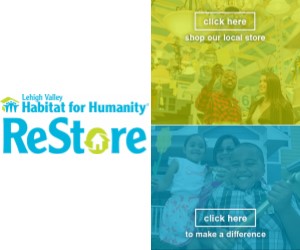 Highlighting this year’s festival is a presentation Nov. 7, 4 p.m., by award-winning photographer Rick Smolan, best known as the creator of the “A Day in the Life” book series – the bestselling photo books that captured life in America, Japan, Australia, the Soviet Union and other countries in the ’80s. Smolan’s projects have resulted in bestselling books such as New York Times Bestseller “A Day in the Life of America,” TV specials, apps and exhibits. More than five million of his books adorn coffee tables around the world, including “A Day in the Life of America,” “The Human Face of Big Data” and “America 24/7.” In addition to his presentation, Smolan will exhibit “INSIDE TRACKS: Alone Across the Outback,” the body of work he created for National Geographic as he followed Robyn Davidson on her 1,700-mile solo expedition across the Australian outback in the 1970s with a dog and four camels. Davidson’s trek was captured in the 2013 award-wining film “Tracks,” featuring Mia Wasikowska and Adam Driver, with Driver playing the role of Smolan.

On Nov. 8, noon-5 p.m., photographers of all skill levels are invited to enjoy an exclusive photography experience as they join Smolan and Olympus Visionary and Trailblazer photographers to capture “A Day in the Life of Bethlehem.” During the afternoon, participants will work alongside pros as they visit and photograph at unique locations such as the roof the Historic Hotel Bethlehem, The Bookstore Speakeasy and the decaying Turn and Grind Shop at the former Bethlehem Steel plant. Several locations will feature live models, adding an additional artistic element to the afternoon. Cost for the workshop is $159 and registrations are being accepted now at www.invisionphotofestival.org.

One of the new attractions at the Olympus InVision Photo Festival is the InVision Photo Party, a fun-filled evening featuring digital photo exhibits, live music by The Fabulous Greaseband, dancing, light refreshments and cash bar. For the first time in its history, the festival is inviting the public to submit photos for inclusion in the exhibits at its premier party, with absolutely no fee to enter. From now through Nov. 4, images may be submitted via the InVision website, and every photographer who enters will have the opportunity for several of their images to be included in the show. In addition, a public vote at the InVision Photo Party will select one image as the “Fan Favorite,” with that person taking home an Olympus OM-D E-M5 Mark II Mirrorless camera and 12-40mm f2.8 PRO lens, courtesy of Olympus.

“We are excited for this year’s Olympus InVision Photo Festival and are eager for the opportunity to pursue a personal connection between our brand, photographers and the local community,” says Jennifer Colucci, Manager, Public Relations, Social Media and Sponsorships, Olympus America Inc. “We’ll be around the entire weekend with members of the prestigious Olympus Visionary Program and plan to offer the unique opportunity for visitors to touch the products, and, if they’d like, take them for a ‘Test Drive’.”

Individuals looking to enhance or expand their photography skills will be able to take part in a variety of presentations throughout the weekend including “How to Photograph Your Life Using Your Smartphone” by renowned educator and photographer Nick Kelsh; “Lifestyle Photography Using a Mirrorless System” by commercial photographer and Olympus Visionary John Sterling Ruth; and “Discovering Unmanned Aerial Vehicle Photography” (drones) with Dan’s Camera.

On Nov. 7, 2:45 p.m., Olympus Trailblazer and Center Valley-based photographer Frank Smith will give a presentation on his recent trip to Cuba, which coincided with the time when the United States and Cuba restored diplomatic ties. Smith’s candid images capture the arts, people and culture of the nation during this historic moment in time.

Other Olympus InVision Photo Festival highlights include exhibits like the “InVision College Photography Competition,” “New York City Exposed: City Life in the ’80s” by former Magnum Photo Agency photographer Janice Lipzin and the “Pennsylvania Photographers Juried Competition.” The festival kicks off Nov. 6, 6 p.m., with a free reception at the Banana Factory arts center including the opportunity to borrow and try out the newest Olympus cameras and lenses, as well as meet Olympus’ Visionary and Trailblazer photographers.

The Olympus InVision Photo Festival takes place at the Banana Factory, 25 W. Third St., and the ArtsQuest Center at SteelStacks, 101 Founders Way, in Bethlehem. Tickets for InVision workshops, presentations and the InVision Photo Party are on sale now at www.invisionphotofestival.org and 610-332-3378.