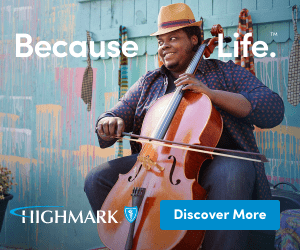 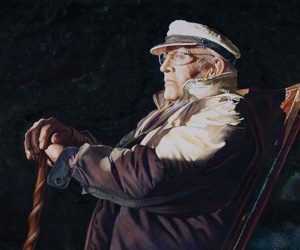 Douglas Wiltraut, one of America’s foremost painters in egg tempera and dry brush watercolor graduated from Kutztown University, Kutztown, PA with a BFA in Painting in 1973. Currently the President of the National Society of Painters in Casein & Acrylic, Inc., he has been the recipient of the Butler Institute of American Art Award, the Today’s Art Medal, the Knickerbocker Artists Gold and Silver Medals of Honor and four time recipient of the Ralph Fabri Medal. In 1999 he was awarded the Adirondacks Wilderness Award with the Rouse Gold Medallion followed by the Trails & Streams Medal in 2000, both in the Adirondacks National Exhibition of American Watercolors. He was awarded the Macowin Tuttle Memorial Award in both the 127th & 128th Members Show of the Salmagundi Club for best watercolor in show. In 1998 he received the Arts Ovation Award from the City of Allentown. In 2001 he received the Rothermel Award from the Kutztown Alumni Association for distinguished & notable achievements.

He is a member of the American Watercolor Society, the National Society of Painters in Casein & Acrylic, Audubon Artists, Allied Artists of America, the Pennsylvania Watercolor Society and the Philadelphia Watercolor Society. Doug has been elected an honorary member of Allied Artists of America and Audubon Artists. Examples of his work can currently be seen in ten books including “How To Discover Your Personal Painting Style” by David P. Richards and “The Artist’s Illustrated Encyclopedia” by Phil Metzger. He is listed in Who’s Who in American Art and his work is included in private, corporate and museum collections.

Artist statement
“There is a beauty to the passage of time and the effects it has on objects and people. Timeworn textures, a face with a story to tell, the patina of life are all things I like to portray. The passage of time is something we all have to deal with. I almost always paint these objects and people in a strong, raking sunlight with elongated shadows, which results in what I refer to as a ‘special visual moment,’ a moment when the ordinary is elevated to something memorable.” – Douglas Wiltraut