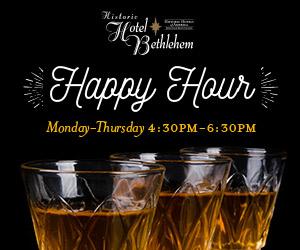 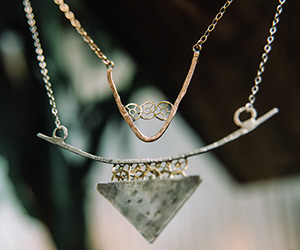 Lauren Stoy is a metalsmith and a jewelry artist. In December of 2014, her passions came to life when she founded L2 Creations, a small handmade jewelry business specializing in various items for men and women. From wedding bands to custom pendants, she possesses the ability to create a wide variety of pieces.

Lauren, a New Jersey native, attended Wagner College in Staten Island, New York and received a Bachelor of Science degree in Arts Administration. During her time in New York City, she held various internships at multiple arts institutions in New York City including SPIN Magazine, Fragments Jewelry and Jazz at Lincoln Center, and during her junior year of college, Lauren spent some time abroad in Dublin, Ireland studying and working with a talent agency. While Lauren has always been an artist of sorts, dabbling in many mediums, she never expected her creative spirit to flourish as much as it did after she graduated. She has to dedicate that, in part, to the support of her husband, friends and family.

Lauren began experimenting with putting together different pieces of jewelry, constantly inspired by the world around her. Largely self-taught, Lauren’s skills began growing, and she wanted to learn more. She has recently taken educational courses in jewelry making from the Banana Factory Arts Center and Northampton County Community College in Bethlehem, PA.

My metalwork is inspired by the world I see around me.

I like to combine the industrial feeling of a city with the delicate beauty of life and nature. This combination provides a brilliant example of the way something gritty and edgy can still be soft and intricate. I love seeing the way even the most resistant pieces of metal can be made into something that can mimic even the subtlest characteristics of the world.

That is the essence of metalworking – taking something hard and immoveable and forging it until it becomes something even more beautiful.